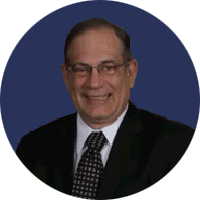 Jim Brinkoetter is a native of Decatur, Illinois. After completing his undergraduate work, he went directly into law school. He began his career serving as a Prosecutor for the Macon County State’s Attorney’s Office. After 3 years, he realized that defense was his calling. For the next 30 years, Jim was a Public Defender for the Macon County courts. During his time serving the State’s Attorney’s Office, he also took on private practice cases. In September of 2008, Jim retired from his role as a Public Defender and has been solely in private practice since.

Although Jim has extensive experience practicing in a wide variety of areas, his passion is in facilitating adoptions. From 2010 to 2015, Jim represented over 50% of all adoptions completed in Macon County, Illinois.

Lewis University
Bachelor of Arts - May 1972

Our philosophy is simple. We investigate and prepare every case for trial.

Make an appointment today. See what makes our law firm different from the rest.